The mission of CANAC is to recognize and foster excellence in HIV/AIDS nursing through education, mentorship, support, and advocacy. CANAC strives to achieve its mission through the following actions: 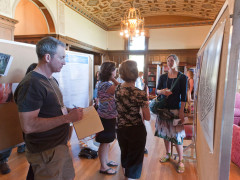 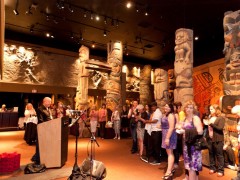 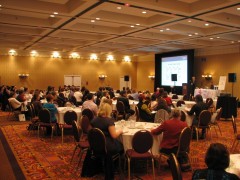 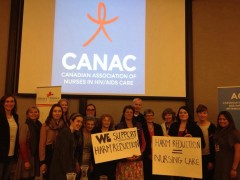 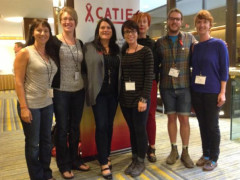 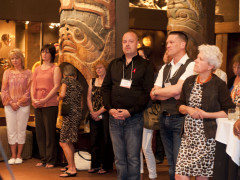 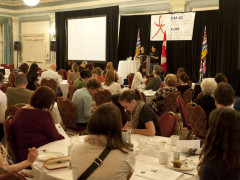 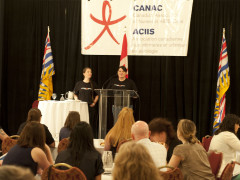 In 1988 a group of nurses working in HIV/AIDS in Toronto started meeting on a regular basis for support and professional development. Inspired by the activities of the Association of Nurses in AIDS Care (ANAC) in the US, the group applied for chapter status; becoming ANAC’s first “international” affiliate chapter group.

The Toronto chapter was soon very active in lobbying the federal and provincial governments for an effective response to HIV/AIDS. Unfortunately, according to certain regulations governing the activities of non-profits in the US, the ANAC bylaws prohibited its chapters from engaging in advocacy directly targeted at government.

Thus, in order to apply for “full chapter” status with ANAC, the Toronto group would have had to restrict its advocacy-related activities. The determination to pursue the group’s original objectives gave birth to a vision for creating “CANAC” (C + ANAC).

While nurses were organizing themselves in Toronto, HIV research/clinic nurses in Montreal were longing to network with other nurses working in HIV trial sites across Canada.

A few months after the meeting in San Francisco, a policy advisor with Health & Welfare Canada gathered a small working group of nurses to assess the viability of creating a national network for nurses in AIDS care.

After several hours of brainstorming, in a small hotel room at Toronto’s Pearson International airport, an action plan was agreed. Assuming many of these nurses would be attending the VI International AIDS Conference in San Francisco, a nurse from Montreal arranged to host a meeting of “like minds” during the conference. Nurses from all fields of HIV/AIDS attended; affirming the need for a national association of nurses in AIDS care in Canada.

Two months later (November 1991) the founding members of CANAC met in Hull, Quebec to draft the Association’s constitution and elect its first board of directors, thereby establishing CANAC as Canada’s first professional association in the field of HIV/AIDS.

Within weeks, CANAC submitted its application to become a National Nursing Interest Group of the Canadian Nurses Association. Less than a year later, CANAC held its first national conference for nurses in HIV/AIDS care, which has continued since as an annual event.