The Board of Directors is comprised of nine directors. The Executive Committee is composed of: President, President-elect (or Past-President), Treasurer, and Secretary. The five Regional Representatives (elected by members from the nominee’s region) are: Atlantic; Quebec; Ontario; Prairies & North and Pacific.

Expert Advisors are focused on specific CANAC activities and are seconded on fixed terms which are regularly reviewed by the Board.   They attend Board meetings at the invitation of the Board and do not vote on Board matters. 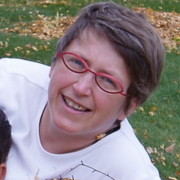 Vera is currently a Professor and CIHR New Investigator in the Faculty of Nursing at the University of Alberta and engages in community based research that is focused on the relationship between the social determinants of health and people living with HIV. A commitment to promote health equity and social justice is at the heart of Vera’s work; particularly to advance health equity for people whose lives are affected by HIV, poverty, social exclusion, and discrimination. Vera works very closely with community agencies to this end. 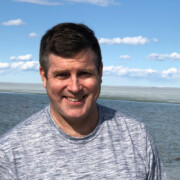 Craig Phillips strives toward human rights-based and decolonizing approaches to higher education governance and community engaged research and nursing practice approaches. He is Vice Dean Governance and Secretary, Faculty of Health Sciences and professor of nursing. He is Co-Director of the International Nursing Network for HIV Research and an Investigator in the Centre for Research on Health and Nursing, a partnership between University of Ottawa and Canadian Nurses Association (CNA). His program of research, titled the ecosocial context of health as a human right, has documented social factors influencing nursing practices and health outcomes with and among marginalized populations, primarily persons living with HIV, in Botswana, Canada, Nigeria, and the United States. He has held external research funds from Canadian Institutes of Health Research (CIHR), professional organizations (American Nurses Foundation), and philanthropic foundations (Elton John AIDS Foundation). He was inducted as a Fellow of the American Academy of Nursing in 2015 for his significant contributions to advance nursing globally and he co-chaired and chaired the Academy’s LGBTQ+ Health Expert Panel (2018-2020) to advocate for just policy approaches to alleviate health disparities experienced by LGBTQ+ people globally. He holds an LLM in intercultural human rights law and BSN, MSN and PhD in nursing. His nursing and human rights legal training and experiences have guided his practices as a nurse, nurse educator, researcher, and administrator for more than 25 years. 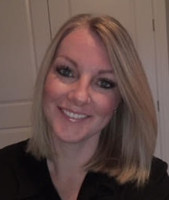 Kelly is a registered nurse at the Infectious Diseases Care Program at St. Joseph’s Hospital in London, Ontario. With a strong interest and passion for those infected with HIV/AIDS and Hepatitis C she strives to meet people where they are at in the community. This includes going to the local provincial and providing care for those infected with HIV & Hepatitis C. She is continuing to work with community partners to expand outreach of the clinic and reduce barriers to care for all populations. 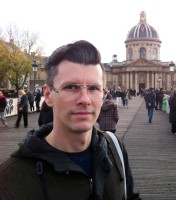 Jeff Reinhart works as a registered nurse in the LGBT Primary Care program at Sherbourne Health Centre in Toronto. There, the majority of his clients are lesbian, gay, bisexual, trans and other queer-identified people, and he provides nursing care to Sherbourne’s HIV Clinic–a low barrier, drop-in-based primary care clinic for people living with HIV. Currently, he is collaborating with community members from across Canada on issues of PrEP access and delivery, including research, community mobilization, advocacy and clinical care.

He developed his passion for HIV, hepatitis C and harm reduction while working as an educator and program manager at CATIE, where he met many of the nurses involved in CANAC who provided inspiration to become a nurse himself. He graduated with a B.Sc. Nursing from the University of Toronto in 2013 and CANAC awarded him the Barney Hickey Newcomer of the Year Award shortly after that in 2015. 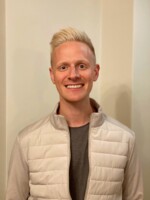 Daniel has worked in HIV care since 2018, coming from a 10 year career as a Registered Nurse in Intensive Care. He currently works with the Department of Infectious Diseases in Halifax as their only HIV clinic nurse. He also works at a walk in STI testing clinic. Daniel is a member of the PReP Action Committee, a project through Canadian Based Research Center with a common goal to obtain coverage for treatment as prevention in Nova Scotia. He has participated in events aimed at helping people understand and access PReP, and has lead discussions around HIV stigma and U=U.

Daniel currently sits on the board for the Halifax Sexual Health Center, a not for profit clinic. He has also worked with Pride Health, a provincial initiative that helps LGBTIQ+ people navigate the sometimes frustrating healthcare system. Through community engagement and working within the hospitals, Daniel has helped to educate healthcare workers and the public on the unique needs of LGBTIQ+ people, specifically around trans health and sexual health. 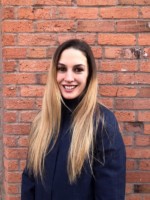 Serena started her career working at Crosstown Clinic, North America’s first injectable opioid treatment clinic before transitioning into primary care and outreach nursing roles for people living with HIV. Serena is a harm reduction advocate and works passionately to help reduce stigma for those living with HIV through education and facilitation of storytelling. Serena received CANAC’s Barney Hickey Newcomer of the year award in 2016 and has presented on her work at three CANAC conferences.

Natalie is a public health nurse at the Middlesex-London Health Unit, working on the community outreach team. Her primary role is to seek and find clients and link them to treatment. She also works in the first provincially approved temporary overdose site. She has a passion for harm reduction and helping vulnerable clients overcome barriers in the health care and social service sectors. She is currently looking at ways to expand her outreach work and offer more services to marginalized clients. 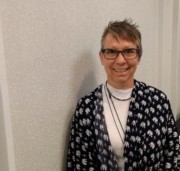 CANAC is governed by an elected board of directors consisting of four executive officers and five regional (geographic) representatives (Pacific; Prairies & North; Ontario; Quebec; and the Atlantic Provinces). Board responsibilities and functions are detailed in a comprehensive set of policy and procedures:

The Annual General Meeting is held during the Annual CANAC Conference which traditionally takes place sometime in the spring.

The Board has updated and developed materials to aid in furthering CANAC’s mission.  Currently undergoing final revisions, these include

CANAC is an Associate Nursing Interest Group of the Canadian Nurses Association (CNA) and a charitable organization registered with the Canada Customs and Revenue Agency. As a result, the governing policies outlined in our Bylaws are consistent with the requirements set out by the CNA and the federal Income Tax Act.